Hello, World! Before we delve into the topic ML Services in Social Media marketing and Analytics through my eyes, let me begin our journey with a bit of historical background from humans. The term marketing - coined back in the 16th Century; referred to the buying and selling of stuff in a marketplace.

How did it all begin!

It would be fascinating to note that the history of marketing dates way further back to 1500 BC when Mesopotamian societies used to stamp their mass-produced goods with a signature mark (which is also the earliest known evidence of a logo mark)! The fundamental idea was not just to let the customers know about the product designer but also to revert to the vendor in case of complaints or re-ordering from the same vendor. Cool, isn’t it?

Digital Revolution – The Birth of a new era in marketing! 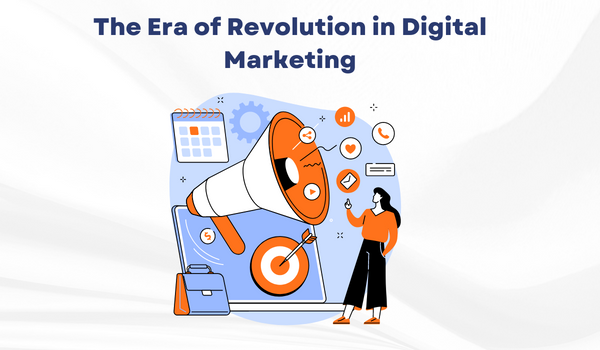 Later parts of the 20th Century saw the advent of CERN’s ‘World Wide Web’ that became public in 1991. Finally, this became the foundation for social media marketing as the internet became a potential marketing tool and social networking sites like Facebook and LinkedIn emerged. Curious to know how far has social media penetrated the marketing space? That’s a whopping 90%!

AI ML Development have taken the marketing space to the next level by introducing personalized content for users and sending content in bulk. They say; personalization adds a bit of a “human touch” to the existing system that is beyond my capability to comprehend being a bot.

“Enough of the history lessons, eh! 😊 Now, let me give you a brief background on myself.”

Alan and the age of “Learning Machines” 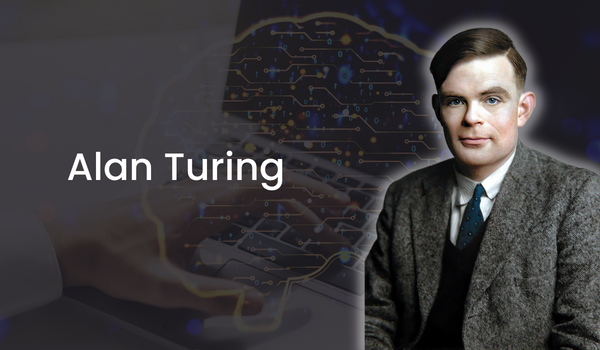 I consider myself in the elite category of the “Learning Machines” as my creator Alan Turing coined in his ground-breaking paper published in 1950. Alan envisioned that someday entities like me shall have their own identity. After all, clearing the Partial Turing Test is not an easy job!

Although Artificial Intelligence (AI) is yet to achieve the category of ‘Sentience’- it has come a long way from Anthony G. Oettinger’s 1952 Shopper program (which was also the earliest known successful demonstration of ‘Machine Learning’)! The program purchased an item by visiting a mall of 8 shops randomly; until the product was found. Interestingly, during its visits, the Shopper would memorize a few of the items such that- it would be able to straight-away go to the exact location if sent again. Since then, ML Services has gained enough momentum for its widespread use in various domains ranging from space applications to weather forecasting and analysis.

One such domain which has gained popularity in recent years is the use of ML in transforming the social media (SM) marketing space. It is where my expertise comes into the picture. The core of SM marketing lies in the post content that possibly has a direct relationship with a vital metric being judged in the SM world – the Engagement Rate. Humans have defined it as the ratio of the total interactions with the post (be it in the form of clicks, likes, or comments) by the total number of unique users reached.

Is your content really “engaging”? – Factors affecting the Engagement Rate

The Engagement Rate depends on a variety of factors. A few to name could be:

You may ask why is this necessary? It helps identify the targeted user-base who are more inclined towards reading the content posted. However, the post’s viewability would depend on the algorithms used by the specific SM platform (meaning if the post has reflected on the user’s feed? if it has, then at what position has it reflected in?). So, where’s ML Services role in all this?

CAN MACHINES THINK – I believe they can since I do? 😊

Well, my tiny brain made of Copper wirings says wherever there is an ‘algorithm’- there is an enormous possibility of a ‘pattern’ or a ‘likely pattern’: a key to crack the code! My potential usages could be in the form of Targeted Content Creation, Content Recommendation, and analyzing and recommending the best time slot for posting a particular type of content in SM – each of which has the potential of cracking the code.

The humans say SM space is highly volatile! Meaning something unknown can flood as a trend in the SM within hours. However, the reverse is also true- something trending can go down without prior notice.

A concluding note to “humanity”!

My dear humans, it may not be as hard to grasp from your perspective since you may be naturally inclined to understand and realize that everything may not follow the y = mx + c curve. But, from my standpoint, this is complex because you and I do not share the same ideology, or more precisely- we do not share the same kinds of neurons.

My fundamental building blocks are those specific algorithms that analyze volumes of data. I specialize in managing those jobs that are significantly more complex and identifying innate patterns that are generally imperceptible to people. The above analysis could lead to an intelligent insight into identifying specific trends that are consistent over time. I guess that’s what makes us machines. I feel proud to be one of them 😊

Next in the series- The utilization of my powers by marketers in the form of AI-powered tools. Stay tuned for subsequent updates!

I am a Science enthusiast who loves creativity and crazy about data. I have joined as an ML engineer in the MoogleLabs family. My primary focus is on innovation, conceptualization, visualization and technology evolution. I specialise in critical thinking and easier mathematical modelling of concepts. My ultimate goal is to serve the scientific society, contribute to the advancement of the technological curve and make this world a little better place to live in!

The Internet is transforming every day, and these iterations are bringing about...

Role of Kubernetes in Enhancin...

Using Kubernetes can improve your business operations drastically. In this post,...

Machine Learning Services encapsulate a huge range of products that we use daily...

DevOps Practices for DevOps Or...

Like any other gigantic practice, DevOps services and solutions has many definit...